A motorist who killed his passenger when his Volkswagen Golf collided with a tractor in Wakefield has been jailed for 11 and a half years.

Rizwan Attaullah, aged 30, of Asquith Fields in Batley was sentenced at Leeds Crown Court yesterday (Tuesday) in relation to the collision which claimed the life of 21-year-old Ali Ahmed.

Attaullah was driving the vehicle along Batley Road in Kirkhamgate at around 9pm on Sunday, 9 September 2018, when he struck another Golf that was parked on the roadside.

The force of the collision caused the vehicle Attaullah was driving to cross over to the opposite side of the road and collide with an oncoming tractor and also a wall.

Mr Ahmed’s injuries proved to be fatal and Attaullah was also badly injured in the collision, suffering a serious head injury and numerous fractures.

“We hope the sentence Attaullah has received today will be of some comfort to the family of Mr Ahmed, who lost his life as a result of the defendant’s reckless actions that day.

“Their grief has since been compounded due to the tragic loss of Mr Ahmed’s father, who passed away between the collision and sentencing, meaning he was unable to see the justice handed out to the man responsible for the death of his youngest son.

“We also hope it will deter other motorists from taking risks on the road and make them think about the possible consequences of what can happen when a vehicle is used dangerously.” 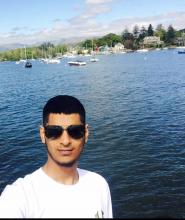 Watch the channel on TV